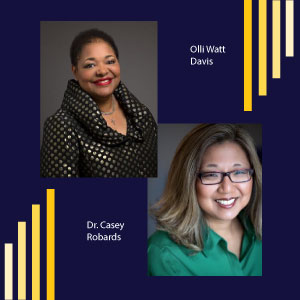 “11th Guest” performances are produced in South Florida’s most prestigious museums, galleries, private estates, and universities. Performances are taped before a select VIP audience of ten and the eleventh guest are global participants viewing the performance from the comfort of their own homes.

“The Black Rose” is an original Salon Concert celebrating the installation Nilda Comas’ statue of Dr. Mary McLeod Bethune and its installation in the National Statuary Hall in Washington D.C. The program is inspired by the daily prayer written by Dr. McLeod Bethune. Our artistic vision for this is also inspired by the dignity and spirituality of the famed contralto, Marian Anderson and her historic performance on the steps of the Lincoln Memorial in 1939. Included in the evening will be select culturally and gender relevant, reverent compositions along with information about the life and work of both Dr. McLeod Bethune and Ms. Comas. Miss Comas will receive the 2021 GENVAS Icon of the Arts Award at this Salon concert.

Ollie Watt Davis is an American Soprano and is a Professor of Music, University Scholar

University of Illinois where she also serves as the conductor of their Black Chorus. The San Francisco Chronicle described her as “…a bubbling stream of a voice, remarkably smooth down into a resonant, rich low register” where the New York Times stated, “…a lovely, warm, admirably focused tone” and The Chicago Tribune found her performance “…poignant and lovely.” Since her New York debut at Carnegie Hall in 1990, Ms. Davis has appeared in many of the nation’s great concert halls with leading orchestras, including the San Francisco, Minnesota, Houston, Milwaukee, Pittsburgh, and Dallas Symphony orchestras. Internationally, she has appeared with orchestras in Venezuela, Mexico, Spain, China and Taiwan.

Casey Robards is a pianist and vocal coach known for her sensitive musicality, stylistic versatility, and expert collaborative skill. Dr. Robards has concertized throughout the U.S., Europe, Central and South America, and Asia. Dr. Robards is currently Clinical Assistant Professor of Keyboard/Voice at the University of Illinois and Conductor/Head of Collaborative Piano at the Bay View Music Festival.